Preparing for MLK Day of Service 2018 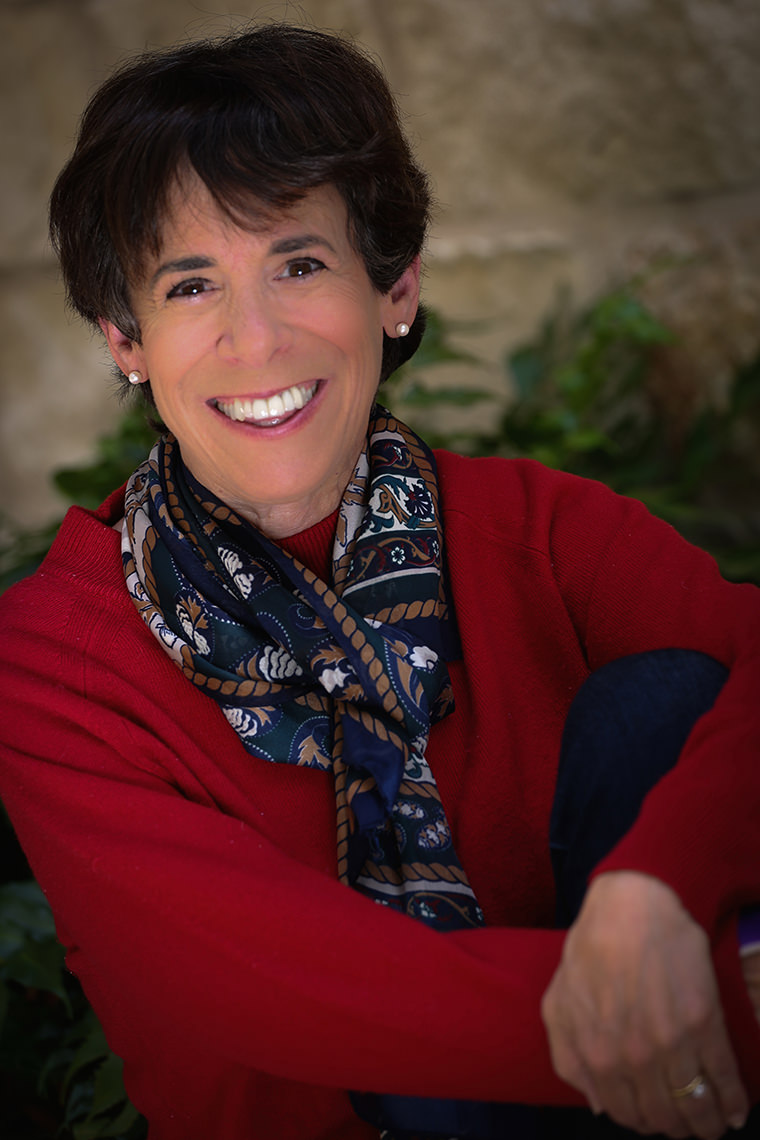 Jo Ivester addresses a wide range of audiences, from small book clubs to entire schools, using her personal stories as a means to make people more comfortable with those who are different from them with regard to race, religion, sexual orientation, and gender identification.  From http://joivester.com/

In 1967 when Jo was 10 years old, her father moved their family to an all-black town in the Mississippi Delta, where they were one of only two white families and the only Jewish one. There, her father started a medical clinic, her mother taught at the local high school, and Jo was the only white student at her junior high. Living in a trailer in the poorest county in the nation during the turbulent 1960s, they were drawn into the heart of the civil rights movement.
Because of this experience, Jo is committed to advocating for equal rights for all. Her award-winning memoir about her family’s time in Mississippi, The Outskirts of Hope (She Writes Press, April 2015), has led to numerous speaking engagements about racial relations. In the last few years, Jo has broadened her focus to raise awareness about the transgender community. Inspired by her transgender son, she is now working on her second book, Once a Girl, Always a Boy. Through this and her speaking engagements, Jo shares the story of what is was like for her son to grow up in a world not quite ready for people like him.
Ivester addresses a wide range of audiences, from small book clubs to entire schools, using her personal stories as a means to make people more comfortable with those who are different from them with regard to race, religion, sexual orientation, and gender identification.
Before becoming a writer, Jo received a Bachelor of Science in civil engineering from MIT and an MBA from Stanford University. She worked for many years in transportation and operations management before teaching as an adjunct professor in the business school of St. Edward’s University in Austin, Texas. Now living in Fort Worth, Texas, she has been married to Jon Ivester for 37 years, has four children, two grandchildren, and another grandchild on the way.

A Letter from Jo

My name is Jo Ivester.  I’m 60 years old and live in Texas.  My early years were spent in Newton, Massachusetts, a suburb of Boston, where my father, Leon Kruger, ran his pediatrics practice from an office on the first floor of our home.  It was common to do that in the 1950s and 60s.  Our whole block was made up of physicians of one sort or another working from their homes – a dentist, an ophthalmologist, a foot doctor.  There were almost thirty children in the neighborhood and we all played blissfully together, unaware that our parents had created a highly unusual paradise.
That all changed in 1967 when my father quit his practice to become the medical director of a clinic in a small, all-black town deep in the cotton fields of Mississippi, about a hundred miles south of Memphis.  My mother, Aura, was stunned by his decision, although I didn’t know it at the time.  As a 10-year-old child, it never occurred to me to question her brave words that this would be a great adventure, that we were lucky to have a father who cared about service to humanity.  Bold words and I bought into them, totally and completely.
To the outside world, my parents had the perfect life, a strong marriage, four talented, handsome children, a large house in the suburbs, a partnership in managing both their home and his work.  But my dad was no longer satisfied, wanting to do something more with his professional life, something more demanding and fulfilling.  He wanted to serve on the S.S. Hope and sail around the world providing modern medical care where none existed.  Or move to Ethiopia where there were fewer doctors per capita than almost anyplace else in the world.  We didn’t know the term yet, but he sought tikkun olam, a Hebrew phrase meaning “to repair the world.”  My mother supported his dreams, but she never really believed they would take her away from her home.
So why am I writing all of this?  I’m telling you about my parents so you’ll understand what led me to write my book, “The Outskirts of Hope.”  You may recognize the title.  It’s a quote from Lyndon Johnson.  He said, “Unfortunately, many Americans live on the outskirts of hope – some because of their poverty, and some because of their color, and all too many because of both.”  That’s how he introduced his War on Poverty back in 1964.  My father enlisted in that war and my mother followed him, bringing my two older brothers and me along for the ride.
Forty years later, my mother, then in her eighties, started a journal.  Every day she wrote for twenty minutes, sometimes writing about our time in Mississippi, but mostly recording all the family anecdotes, going back to the 1800s when her grandparents first emigrated to the U.S. from Eastern Europe.  After several years, she’d amassed a pile of handwritten notebooks a foot high.  My mother felt as if her task was complete at this point.  But that was just the beginning for me.
Schedule for Casady School Upper Division
Friday, January 12 (MLK speaker)
Normal schedule through period 5
Lunch 12:35-1:00
Assembly 1:05-2:00  MLK Day Speaker:
Period 6  2:05-2:45
Period 7  2:48-3:28
Double  3:28-4:00

MLK Day 2018
Starts in Oklahoma City with a Prayer Breakfast

Casady's MLK Day Afternoon of service at the Regional Food Bank of Oklahoma  All middle division students and families are encouraged to volunteer at the Oklahoma Regional Food Bank, 3355 S. Purdue St., Oklahoma City. The service-learning opportunity is in honor of Martin Luther King Jr. and his contribution to the world. Parents are encouraged to serve with their children. The volunteer time is from 1:00-4:00 P.M. on Monday, January 15, which is a school holiday. There is a sign-up sheet outside of the Middle Division office. All volunteers must wear long pants and closed toed shoes. Let's serve the community together to make a difference!  UD students can join the MD students.  Sign up with Mrs. Omelia or via sign-up genius. Only 40 spots available.  Cyclones must bring signed parental permission to volunteer available HERE or at the Food Bank's Volunteer Website http://www.regionalfoodbank.org/fight-hunger/volunteer

Martin Luther King Jr. Day Celebration EXPERIENCES AROUND OKC
At the Myriad Gardens
Monday, January 15, 10am-1pm
Crystal Bridge South Lobby and Water Stage
$2 suggested donation for Peace Dove Craft
$3 per cup for Soul Food Tasting from Melodee’s Soul Food and Creole
Devon Ice Rink open extended hours: 11am-9pm
Celebrate the life of Dr. Martin Luther King Jr. with a morning of music, crafts, readings and more. Take a peace walk through the Gardens highlighting quotes and important events in the life of Dr. Martin Luther King Jr. At 11:30 a.m. join us at the Water Stage for a reading of Dr. King’s famous “I Have a Dream Speech,” followed by a performance from the Oklahoma Collegiate Gospel Choir. Get more details here.

The Martin Luther King Jr. Holiday Coalition organizes the following events in Oklahoma City on the King Holiday (the third Monday in January).

Other MLK Events of interest:

All King Holiday events, those we organize and those organized by other organizations, in which you may be interested, are included on the flyer you can download.
2018 MLK Holiday Schedule (will post when available)

Inspired by the Martin Luther King Jr. Day of Service

Help your students understand Dr. King’s vision with these free, easy-to-use resources created by the Corporation for National and Community Service and Scholastic. Visit scholastic.com/mlkday to find
Browse Lesson Plans
Posted by Cherylynn O'Melia at 10:31 AM