On August 28, 1963, Martin Luther King Jr. gave his famous “I have a dream” speech to hundreds of thousands of people. Less than five years later, he was shot and killed, but his message lives on.

Now, every third Monday in January is dedicated to Mr. King and the truths that he inspired our nation with. His message of equal rights for all in a time when they were desperately needed, and his peaceful but passionate approach to achieving this has made him one of the most famous and celebrated Civil Rights activists, rightly so. This year, January 15th was a day intended to be spent in service and reflection. In years past, service opportunities at Casady have been organized and provided by YAC and Mrs. Clay. https://casadymlkday.blogspot.com/
Students and faculty have gone to the Food Bank of Oklahoma to sort food, the Oklahoma City Memorial to understand and spread awareness for the Murrah Building bombing, and Habitat for Humanity to build houses for the homeless. Each year, the students are asked to reflect on their experiences.

This year at Casady, we celebrated Martin Luther King Jr. Day with a trip to the Food Bank of Oklahoma. Those who were interested spent their afternoon serving their community by sorting food from 1-4. Safra Shakir, the YAC co-president, said the volunteers made over 600 meals. Not only did the Upper Division get involved, but MLK day was celebrated by the entire Casady community. Sahanya Bhaktaram, the YAC Vice President, said, “I had a great time volunteering! I got to work with not only high schoolers but kids from middle school and lower division too!”

All in all, MLK day was a success, and a day for kids of all ages to come together and engage in service to their community.
Casady's MLK Day Afternoon of service at the Regional Food Bank of Oklahoma  The service-learning opportunity took place in honor of Martin Luther King Jr. and his contribution to the world.
Pictures by YAC Photographer, Yasmin J. and Mrs. Cherylynn Omelia. 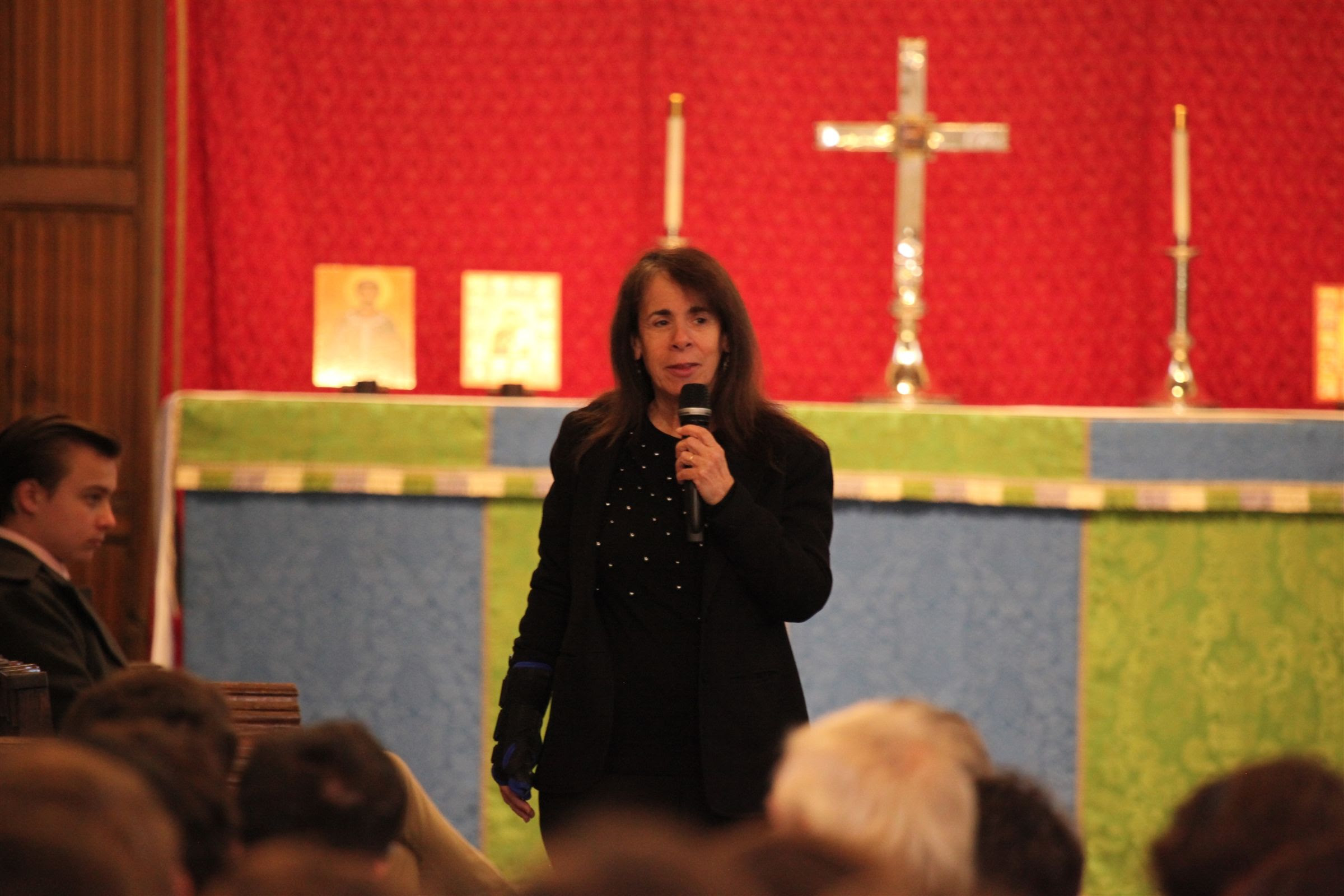 Colleagues, students, fellow cyclones, greetings. Thank you, Mr. Foster and Father Blizzard, for inviting me to speak. Dr. Martin Luther King Jr. was a giant, heroic figure in our history, so it is an honor to say a few words here about this great American.
Inescapably, speaking of Dr. King, I do so from a white man’s perspective—an obvious point, but it needs emphasis. As such, I’m grateful to Dr. King for having spoken so eloquently about race and white racism in a way that made room for me as a human being of conscience.  Was this political expediency on his part? spiritual noblesse oblige? Christian agape? I don’t know. Nor do I begrudge other leaders in the fight for justice and equality their decision not to speak in this way, or their annoyance with Dr. King for doing so. Still, I am grateful for Dr. King’s generosity and magnanimity, which, under the circumstances, he had every right to withhold.

Three days before his Federal Holiday, which U.S. President Ronald Reagan signed into law in 1983, let’s celebrate and remember Dr. Martin Luther King Jr. By all means, let’s join him in wishing for a day when people are consistently judged “not by the color of their skin, but by the content of their character.” But let’s not forget that these often misunderstood and misused words form part of Dr. King’s famous “Dream Speech.” The emphasis here is on “Dream”; Dr. King never intended to conceal the vast gulf between his dream and our world; or our passive or active complicity in the injustice still prevalent within it; or our responsibility, each in our own way, to carry on the struggle for which he endured so many hardships, including violence and jail in Alabama, surveillance by Hoover’s F.B.I., a hurled brick in Chicago, and finally, an assassin’s bullet in Memphis (4/4/1968). Though you may choose not to embrace it, Dr. King’s struggle is your struggle, and though you may choose not to acknowledge it, there is still a lot of work to do.

Let’s remember the real Martin Luther King, not just the gentle icon to whom we piously nod once a year, but the agitator, the restless justice seeker, for whom winning the Nobel Peace Prize in 1964 was not enough. At a moment when our nation spends more than the next eight countries in the world combined on weapons and defense, let’s remember Dr. King’s campaign for equal access to decent housing in Chicago in 1966, his speech in 1967 at Riverside Church in New York opposing the war in Vietnam, and his multi-racial anti-poverty campaign of the following year. The real Dr. King was committed to non-violence, to a degree which other less patient activists found vexing, but he was no saint. He knew what (and whom) he was up against. Like the Socrates of Plato’s Apology, whom King mentioned in his Letter from a Birmingham Jail (4/16/1963), Dr. King was a stinging fly who would give his unjust and complacent society no rest. And like Socrates, Dr. King ultimately laid down his life to make our society better. Dr. King was the heir of the fiery Frederick Douglass, who, as the nineteenth century and his own life drew to a close, exhorted a young follower with the following words: “Agitate! Agitate! Agitate!” 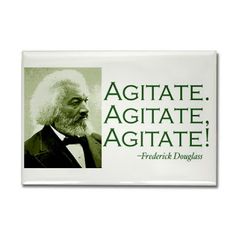 Posted by Cherylynn O'Melia at 2:25 AM