Johnny L. promoted Peace One Day and called for intentional acts of kindness, compassion and service during the 11 Days of Global Unity 9/11-921.  He presented the following video @ chapel.

The Peace Team had a Skype session with the Peace One Day Education coordinator who listened to teams' initiatives and suggested to document actions taken during Peace Week and Peace Day.


Ananya and Johnny presented a video to promote unity and advocate acts of kindness compassion and service during the week.  The goal was to raise awareness of the 11 Days of Global Unity, Peace Day, and the Compassion Games.

You are just who we need. Are you ready to become a Secret Agent of Compassion? Join the International Kindness Team (IKT) and prepare to make the world a better place, one act of kindness at a time.

To The Secret Agents of Compassion:

There is a powerful antidote to counteract the hate, violence, and negative consequences that plague our global community. This highly potent antidote is called COMPASSION and it exists within you.

As part of the 2014 Compassion Games, the International Kindness Team is gathering Secret Agents from around the globe to take part in an effort to inconspicuously inoculate citizens everywhere with this antidote.

Beginning September 11th and continuing for 11 consecutive days, Secret Agents will engage in acts of compassion, kindness, and good will to spread joy, love and positivity around our planet – thus neutralizing the harmful effects of negativity while creating a global community that tips the scales towards kindness.

You have been selected to join this critical team of Secret Agents.

During the summer, Ananya connected to the the incentive of $ 1 per pinwheel made for Pepper's Ranch during Peace Week.  Casady delivered 900 pinwheels to Pepper's Ranch.  500 made by high school students. Pinwheels were made by Spanish I and II classes, led by Mrs. Miller and Mrs. Clay and the freshman English classes led by Mrs. Crossno and Mrs. Finley.

Pepper's ranch is centered on taking orphaned foster children out of the OKC foster system and housing them until they find forever families or are adopted. They currently house 75 children, and are looking to expand their numbers to 100.

Supplies for the pinwheels were donated by English and foreign language programs, as well a huge donation from a member of the freshman class.  Other pinwheels were made by LD students from all grades and MD French and Spanish classes led by Mrs. Robertson, Mr. Chaverri,  Miss Castro and Mr. Pardue.

Ananya also helped organize a Day for Kids on 9/20 @ Boys and Girls Club.  She was unable to participate due to conflict with her debate team schedule.

Ananya also promoted Recipeace or coming together over a meal to serve peace @ our tables.  She was not successful with local restaurants, but our Sage Program under the leadership of Chef Kevin had a Recipeace soup at Calvert on 9/18.

Johnny and Turner also attended the Youth LEAD OKC lock-in Experience on 9/20 and 9/21 @ Camp Fire USA.  Other Casady students who participated in the lock-in were Sidney J., Taylor B., Mallory W, Pierce S., Gabrielle M,  Jack and  The lock-in had as a goal, facilitating ice-breakers as a rock start, creating a project to be implemented as a team in 2014.  The project is a culturally enhancing meal time @ Positive Tomorrows, a local school for homeless children.  Ananya is part of the planning team of Youth LEAD but was unable to participate because the date of the lock-in was changed and conflicted with her debate schedule.

C. Miranda:  Promoted an aerial picture symbolizing unity of mission of Peace One Day.  Weather did not allow the picture to take place.  Only UD had an attempt.  We think it is doable, but it will take about 30 minutes to take such a picture.

G. Gracie: Joined the team with the idea of a Peace Team t-shirt, which the team will explore in 2015.

H.  Mrs. Clay: Aimed to raise awareness of Peace Day and connect Peace Week to the Compassion Games during the 11 Days of Global Unity (9/11-9/21) in all divisions and the greater Oklahoma City community.
9/21 International Day of Peace
Ananya was not able to attend the Interfaith Youth Tour due to conflict with her Debate schedule.  The tour took place on 9/21 International Day of Peace.  The tour expected 180 teens but over 300 participated. 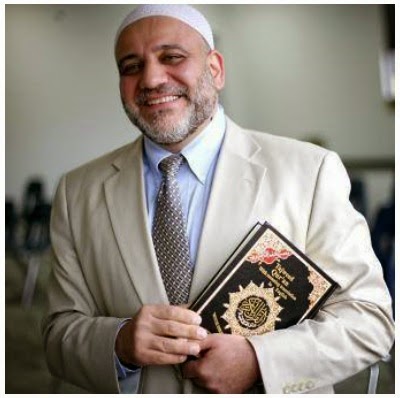 “Sometimes I think God exposed me
to so much hatred and violence.
so that I can be a voice for love and peace.” 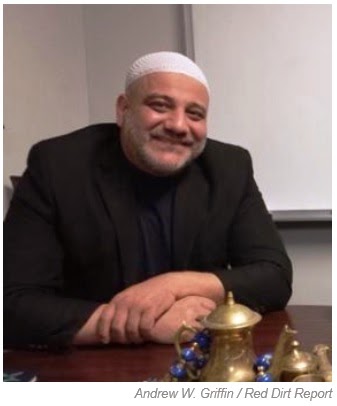 Dr. Enchassi is a renowned voice for peace, interfaith understanding, and religious tolerance in Oklahoma and beyond. He is the recipient of the 2014 Humanitarian Award of the Oklahoma Center for Community and Justice, the "Dialogue Award" of the Dialogue Institute of the Southwest, theCommunity Service Award of the Interfaith Alliance of Oklahoma, and in 2011 he was recognized by The Oklahoman newspaper as a Visionary in Religious and Education Outreach.

Beyond these many accolades, Dr. Enchassi is a gracious man of gentle humor. He inspires confidence with his knowledge and ability to communicate. He is a highly sought-after speaker.

The son of a Palestinian father and a Syrian mother, Dr. Enchassi grew up in the Palestinian refugee camps of Beirut, Lebanon.

“I am a third generation refugee," Enchassi recently told The Red Dirt Report. His father was Palestinian, his mother from Syria.

As a teenager, Enchassi and his six siblings were in the Sabra and Shatila camps when they came under attack from the fighters of a Christian militia group. It was September, 1982. 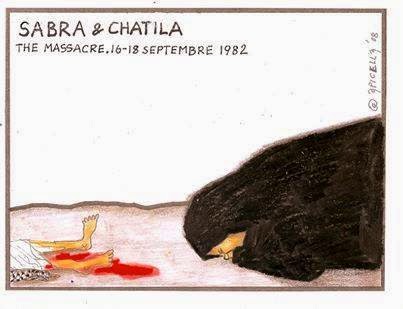 It wasn't just an attack. It was amassacre. More than 30 years later, the world can't forget the deaths of so many unarmed civilians. Estimates of the death toll range from 762 to 3,500. The UN General Assemblycondemned the slaughter, which stretched over the course of 3 days.

As related by The Oklahoman newspaper: "Enchassi said surviving the massacre made him think long and hard about the power and destructiveness of hatred."

“I knew that hatred had to stop,” he said.

After surviving the massacre, at the age of seventeen, Enchassi moved to America, beginning a long journey of education. He studied business management at South Plains College in Texas as well as at Southern Nazarene University in Bethany. Eventually, he earned a masters in management from the University of Phoenix.

“Making it to the U.S. was a dream,” Enchassi told the Red Dirt Report. For nearly two decades, he excelled in the restaurant industry as a regional manager and consultant.

ISGOC has grown to become the largest Islamic Center in the state of Oklahoma.

Dr. Enchassi and his wife, Judith, are the proud parents of five children. 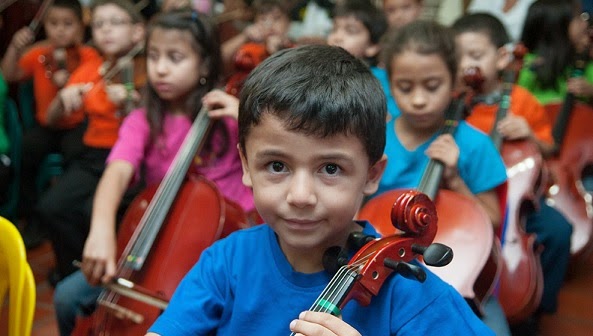 El Sistema is an international movement for music education -- "The System," in English.

It came to Oklahoma about a year ago, the result of a commitment by Phil and Cathy Busey, St. Luke’s United Methodist Church, and the Wanda L. Bass School of Music at Oklahoma City University.

As a mission project of St. Luke’s United Methodist Church in partnership with the Wanda L Bass School of Music at Oklahoma City University, El Sistema Oklahoma benefits from a variety of community partners for their success.  In addition to St. Luke’s and OCU, Trinity International Baptist Church provides classrooms for after-school practice sessions.

“We are honored to serve our community by providing a place where children and their families can feel an abundance of grace, hope and joy on a daily basis.  When children see that they can be good at something and be part of something great, it has the power to change the trajectory of their lives,” says Robyn Hilger, Executive Director of El Sistema Oklahoma.

The program introduced the jazz combo will be Kristen Swartley, a teaching artist for El Sistema Oklahoma.
Ms. Swartley talked briefly about her experience living and working in Bolivia in 2009 and 2010. It was there that she heard about El Sistema and realized its potential for youth development and social engagement.
Appearing with Ms. Swartley will be Robyn Hilger, the executive director of El Sistema Oklahoma.
El Sistema started in 1975, inspired by a Venezuelan economist and musician, José Antonio Abreu.
Abreu believes that an orchestra represents the ideal society, and the sooner a child is nurtured in that environment, the better for all.
We are fortunate that we have visionary leaders in our community who are willing to invest in the education of our young people in this way.
And, we are proud to showcase the El Sistema Oklahoma Jazz Combo as part of our celebration of the International Day of Peace.
"Music has to be recognized as an agent of social development, in the highest sense because it transmits the highest values - solidarity, harmony, mutual compassion. And it has the ability to unite an entire community, and to express sublime feelings"
--José Antonio Abreu 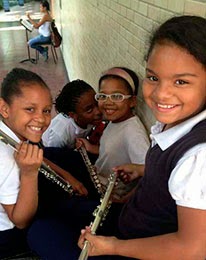 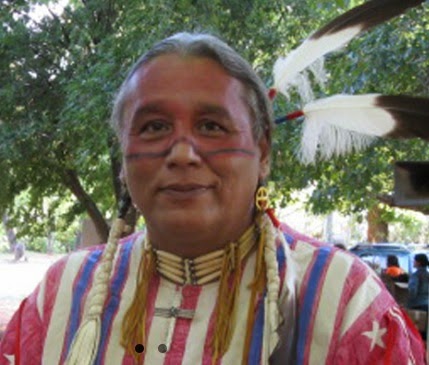 A noted flute artist, story teller, and creative writer.   Mr. Gray Eagle is a teaching artist for the Oklahoma Arts Council. If you have children in an Oklahoma school, they may have participated in a workshop with him. He is frequently invited to enrich the classroom experience of children in Oklahoma City and beyond.

"Residencies with Gray Eagle may include the art of flute making and playing of the instrument while building on an understanding of history relevant to the Native American. He may provide storytelling for both children and adults that offer a perspective and philosophy of Native American culture of the past and present. Through his artistic talents and gentle nature for teaching, participants will be guided to develop their creative and artistic selves. As a U.S. Army veteran, Gray Eagle performs frequently for veterans events."

Mr. Gray Eagle hasn't always been a teaching artist. In 1973, at the age of 17, he joined the U.S. Army. After completing his military service, he worked for a dozen years as an office manager. Then another 12 years as a truck driver.

But the flute has been his passion for many years.

Born in Colorado, Mr. Gray Eagle grew up in a Native American family. He is of Oglala,Cheyenne and Apache descent.

As a teen, Gray Eagle's great-uncle John Eagle showed him how to make and play flutes.

"He told me God gives you all kinds of gifts inside your soul, and you'll learn to respect them when you unwrap them. And you won't know what they are until you unwrap them," he said.

Beyond his workshops in Oklahoma schools, Gray Eagle has been a popular entertainer at the Red Earth Festival, at the National Veterans Creative Arts Festival, and at other public and private performances.

Gray Eagle has won praise from educators across the state. Mike Woods, superintendent of Fargo Public Schools, has said:

At his website, Gray Eagle explains his motivation for teaching:

"With the air we breathe we choose whether to say something nice to someone or to be mean and create hate. We would rather have the people we teach create an instrument and use the air they breath to create music; allowing them to express who they are as individuals through their artwork, and hopefully through this introduction, give them the opportunity to express themselves through a universal language."

Through his workshops, Gray Eagle inspires his students -- young and old, alike -- to: 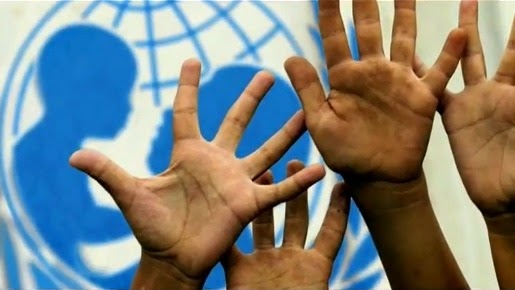 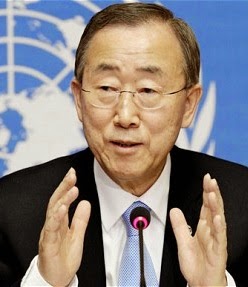 "Together, let us demand the right of peoples to peace."
--Ban Ki-moon
UN Secretary-General

Posted by Cherylynn O'Melia at 5:17 AM