From the Desk of Mrs. Clay: Count Down to IDP: Youth leaders needed!

June 13, 2013 began the 100 days count down to the International Day of Peace (IDP), observed annually on 21 September.   IDP is dedicated to peace, and specifically the absence of war and violence, such as might be occasioned by a temporary ceasefire in a combat zone for humanitarian aid access.

1981-1982
In 1981, The United Nations General Assembly declared, in a resolution sponsored by the United Kingdom and Costa Rica,[2] the International Day of Peace, to be devoted to commemorating and strengthening the ideals of peace.[3] The date initially chosen was the regular opening day of the annual sessions of the General Assembly, the third Tuesday of September. This was changed in 2001 to the current annual celebration on 21 September each year. The day was first celebrated in 1982. 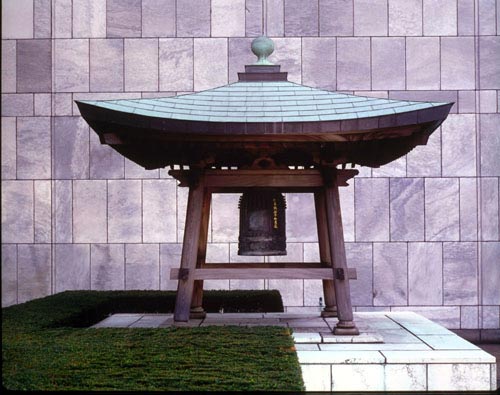 To inaugurate the day, the "Peace Bell" is rung at UN Headquarters (in New York City). The bell is cast from coins donated by children from all continents except Africa, and was a gift from the United Nations Association of Japan, as "a reminder of the human cost of war"; the inscription on its side reads, "Long live absolute world peace".[1]
Individuals can also wear White Peace Doves to commemorate the International Day of Peace, which are badges in the shape of a dove produced by a non-profit organization in Canada

2001
In 2001 the opening day of the General Assembly was scheduled for 11 September, and Secretary General Kofi Annan drafted a message recognizing the observance of International Peace Day on 11 September.[5] That year the day was changed from the third Tuesday to specifically the twenty-first day of September, to take effect in 2002. A new resolution was passed by the General Assembly,[2] sponsored by the United Kingdom (giving credit to Peace One Day) and Costa Rica (the original sponsors of the day), to give the International Day of Peace a fixed calendar date, 21 September, and declare it also as a day of global ceasefire and non-violence

In 2011, Peace One Day announced at their O2 Arena concert, a new international campaign called Global Truce 2012, a grassroots initiative and international coalition with non-governmental organizations and student unions in every continent, which increased participation and action on Peace Day 2012, the day of Global Truce. Particular focus in this campaign including a cessation of hostilities on the day, is the reduction of domestic violence and bullying in society. The Peace One Day Celebration concert on Peace Day in 2012 was held at Wembley Arena to celebrate Global Truce 2012.[15] The Global Truce campaign continues aiming to involve more partners and coalitions for mass participation and life-saving practical action on Peace Day.
Excerpts from: https://en.wikipedia.org/wiki/International_Day_of_Peace

2012
﻿
﻿
Peace One Day Global Truce Campaign called for a reduction of domestic violence.
Through detailed analysis conducted with the support of McKinsey & Company, the Peace One Day 2012 report found that, across the world, 280 million people in 198 countries were aware of Peace Day 2012 – 4% of the world’s population. The report further estimates that approximately 2% of those people (5.6 million) behaved more peacefully as a result. Peace One Day expects to double those figures for 2013, creating a solid foundation for informing 3 billion people about Peace Day by 2016.


The achievements of Peace One Day’s work in 2012 have not only set an important marker for Peace Day 2013 and future Peace Days, but have also reinforced the value of this unique annual day as a foundation for long-term sustainable peace.
Peace Day 2012 Summary Report
Peace Day 2012 @ Oklahoma City
Contributed by Joan Korenblit, Respect Diversity Foundation and Carmen Clay, Casady School On September 21, 2012, International Day of Peace, students throughout Oklahoma City participated in a variety of activities that culminated at the annual Oklahoma City University Multicultural Festival and a1,000 Pinwheels for Peace Garden sponsored by a diverse group of Oklahoma artists, educators, the Respect Diversity Foundation, and the Friends of the United Nations of Greater Oklahoma.

Students from Dove Academy at Oklahoma City University learned from activities facilitated by festival chairs, Mikel Ibarra, Joan Korenblit, and Japan America Society education coordinator Dr. Gigi Hu. After viewing and reflecting a short trailer on “Peace One Day” and “On a Paper Crane, Tomoko’s Adventure,” students made origami cranes for peace and wrote Haiku poetry. Before planting pinwheels made at their school, they walked through a peace labyrinth, learning about the importance of quiet meditation from Labyrinths in Oklahoma writer Gail Peck.

5pm on 9/21/2012, a dozen co-sponsoring organizations and a large drumming circle welcomed hundreds of participants to the Multicultural Festival. Participants in Shinnyo-en Foundation’s Six Billion Paths to Peace T-shirts enjoyed artists from a variety of ethnic traditions.

The grand finale was a dance of peace with audience participation. Said author Michael Allen, “This festival and the many activities during the eleven days of unity, 9/11-9/21, happened because people of diverse cultures worked together and decided that we CAN make this a more peaceful world.”
From creating pinwheels for peace encouraging a global truce on violence, to participating in service-learning projects, thousands of Oklahoma students were immersed in dialog and action of a shared sustainable culture of peace, economic justice, and environmental stewardship from 9/11-9/21!

Oklahoma Centennial High School observed the shift from “I” to “WE” with curricular connections. “It was challenging and rewarding to collaborate with core teachers and administrators. My students created peace key chains, because they are the key to change, a “new green” cleaning product, and are currently finalizing their service-learning project reflection on how to make a real difference and impact the world in which they live” said Career and Technology instructor, Carrie Renfro.
Kindergarteners at Mercy School enjoyed a diversity story-teller and discussed what they learned. “We’re all different, just like the crayons in the story, and we’re all important!” exclaimed five year old Mohamed.
At Piedmont Middle School and Western Oaks Elementary School, students learned about the impact of choosing a path of kindness over bullying. Piedmont Art teacher Frances Williams explained, “From their discussion, it was obvious that this unit had a great impact on our students!” “This conversation is making an important difference; it will continue,” stated Western Oaks art teacher Staci Craven.
Click here to see the slide show of Oklahoma’s peace activities. From K-12th grade, Casady students pledged their commitment to SEE PEACE in acts of kindness, service, and non-violence.” Older students also viewed the video by Jeremy Gilley, PEACE ONE DAY before pinwheel making. Carmen Clay, Service-Learning Director, stated, “Students realized that this day is working because it is saving lives and creating a desire for intentionally kinder communities and a self-patrolling non-violent way of life.” Anne Josette Hill, Casady freshman, commented, “I personally befriended a former rival over a pile of half finished pinwheels.”  Primary Division Director, Mrs. Jane Sharp stated, “Dr. Montessori said, ” “Averting war is the work of politicians; establishing peace is the work of education.” ” Every day our teachers are involved with this important work of peace by showing grace and courtesy to each other and to the children so that they may then show peace to others. We will be celebrating this important date every year with our youngest students here at Casady.”
2013

Who Will You Make Peace With?

Following the incredible success of the Global Truce 2012 campaign, Peace One Day has launched a new theme for 2013: Who Will You Make Peace With?

Peace starts with individual action, and your actions inspire others to do the same. Peace Day 21 September 2013 is a Saturday; it really is an opportunity for all of us to become engaged in the peace process with our families, friends and communities.

By working together and making peace with each other we can improve the quality of our lives. Peace Day is not just about a reduction of violence in areas of conflict, it's also about reducing violence in our homes, communities and schools.

So who will you make peace with? Who will you bring together on Peace Day 21st of September 2013?

Here's what you can do:
1. Raise awareness of Peace Day
2. Take action on Saturday, 21 September 2013
For ideas and resources to help raise awareness of Peace Day and getting involved in the campaign visit the Take Action page.
TAKE ACTION
﻿﻿﻿
Casady Service-Learning and interested YAC and Casady OKC Youth LEADERS share a common goal stated by the Casady Primary Division in 2013: Global Peace Begins in the classroom.  ﻿

Casady Service-Learning Program started to make pinwheels at Boys and Girls Club, elderly facilities and the Summer by the Lake camp during the summer months.

Casady Service-Learning also started brainstorming observation of We the World, 11 Days of Unity in foreign language classrooms as part of it Peace Stone Soup Project.  In the month of August, Casady YAC will organize a service day for Casady and OKC on Saturday 9/21/2013.


Adults and youth IDP organizers needed.  Contact Carmen Clay at clayc@casady.org; 405-520-1325.  Organizing meetings will start in August at the new Service-Learning Office, Casady Wing at a time TBA by Casady Teen co-chairs heading the Peace One Day Project.
Posted by Anonymous at 4:49 AM